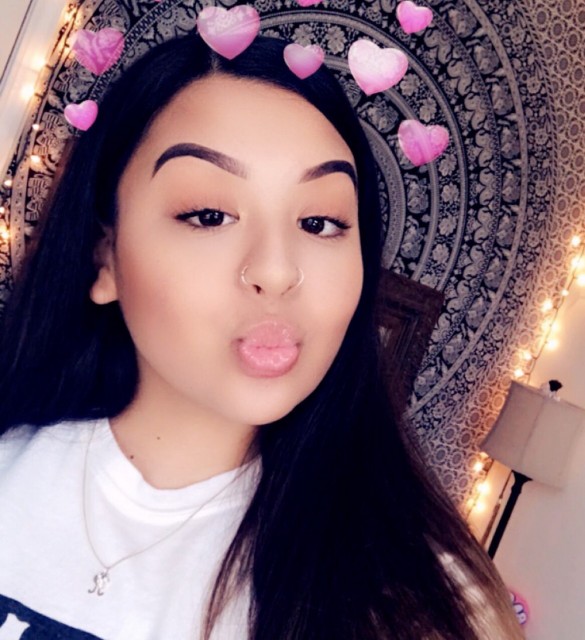 To Whom It May Concern:
I would like to take a moment and introduce you to Miss Hailey Ortega. I have known Miss Ortega for nearly three years as one of my most dedicated Yearbook students as well as one my most consistent performers in AVID 12. In those three years I have found her to be a highly responsible, dedicated student leader on our campus.
Miss Ortega works hard on a daily basis to make sure she achieves the goals she as set for herself. As a yearbook student she worked her way up over the last three years to become Editor-in-Chief. She works with each of the section editors to ensure that all the events that take place at CCHS are covered and that each spread is completed to her high standards. In addition to being in charge of the yearbook, Miss Ortega is also part of Cesar Chavez High School’s Student Leadership Team. She is senior class treasure and has been a part of ASB for a number of years. She is seen by her peers and teachers as a positive role model and one who can be counted on.
In addition to being a student leader, Miss Ortega is also a strong academic. She has maintained a 3.75 GPA while taking honors courses. She has maintained these grades while being involved in Varsity Softball and the above mentioned leadership positions. She has accomplished these things by executing strong time management skills along with her innate dedication to achieve her goal of going to college.
In short, Hailey Ortega is a highly dedicated young woman who achieves the goals she sets forth for herself. I recommend you to her without reservation. She will be a great asset to your institution.

I have known Hailey for 3 years. She was part of the Girls JV softball team as catcher for me her sophomore year. Most recently she has become my TA in physical education. She is hardworking, dedicated and organized. She participates in many clubs on campus volunteering her time for numerous events.

Hailey participated on the 2017 golf team she made a huge impact on the team. She as I like to say was the glue of the team. She made sure all team member worked together for a successful season. She has a great attitude and is not afraid of hard work. Although she had never played golf she kept an open mind and made herself a decent player. Hailey took the core concept of the game like responsibility and preservance and connected them with her day to day activity. Hailey is future leader and ready to take flight.

Hailey is Editor in Chief of the school yearbook. She is a go getter and has excelled throughout her highs school career. She is also an Avid student with a solid 4.0 GPA. Honor student with aspirations of becoming a teacher through Stanislaus State.
Tweet

No comments made yet. Be the first to submit a comment

This scholarship is open to students currently enrolled as a senior in high school in San Joaquin County for the 2020 graduating year. Students may be enrolled in public or private schools, or be home-schooled. Nominations must be successfully uploaded to the entry page by midnight on March 29, 2020.

To be considered for the scholarship, all students must be nominated by a teacher, coach, guidance counselor, pastor, or youth leader (immediate family members and relatives are not eligible to submit nominations). Nominations will be posted on the contest website and receive community feedback during the period from March 30 - April 13, 2020.

One scholarship winner will be chosen by Brookside Optometric Group doctors based on their nomination and community feedback. The scholarship and funds will be presented to the winner in person in early May 2020—exact date to be determined by the winner.

Brookside Optometric Group doctors are committed to you and your eye health, and to the community we share. From college scholarship contests like this one to medical mission trips around the globe, we believe in giving back and making a difference.